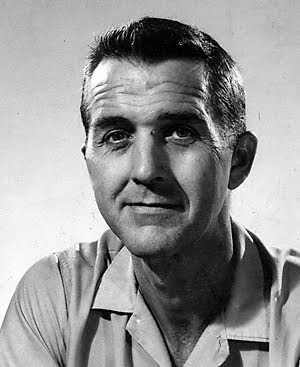 I've been blogging for about 7 years now, off and on, and I've tried for seven years to write this post. I'm going to try once more.
My father was, quite simply, the greatest man I have ever known or will ever know. He was my mentor, my best friend, my buddy, my idol.
He was truly a genius. An inventor, a tinkerer, a builder of anything he put his mind to -- from restoring a 1964 Corvette to building an airplane in our garage (from the actual forming of the fusilage pieces!), he was a creator.
That you are reading this post is directly responsible to his mind. My father created the prototype for plug-in electronics. Back in the 60's, electronics were all hard-wired and vacuum tubes. Working for a company in St. Petersburg called ECI, who did a lot of government work for the military, my father solved the problem of how to reconfigure radios quickly for the AWACS planes. As they couldn't do delicate soldering bouncing around at 30,000 feet, the airmen needed a way to reconfigure their radios and electronic devices. Dad envisioned, then built with his own hands, a modular system of individual components that could be taken apart and rearranged. Unheard of at the time. And now everything, everywhere uses this seemingly obvious design.
He designed and built equipment for the Saturn and Apollo missions for NASA.
And all this from the humblest of origins. Growing up during the great depression, he lived in a section of Pittsburgh called the Hill District. An area so tough that the police wouldn't come in there without a squadron of cars. He carried a gun to school at the age of 12 in a homemade holster. In fact, even at that age, he did his own gunsmithing! He ran with a gang in Pittsburgh they nicknamed the Fourty Thieves. Talk about a tough upbringing!
His father falsified his birth certificate to get him into the Navy underaged, and he was there for the entirety of WWII. The horrors of that war scarred him for life. As a child, I listened to his incredible stories of tragedy, and the occassional comedy, that he endured.
But that he endured tormented him to the end of his days. With the exception of one, all his friends died in the war, and Dad never forgave himself for surviving.
Like all true geniuses, Dad was beset with demons. And his experiences in the war just empowered those demons exponentially. He fought two long battles with alcoholism in his life. Not the sissified stuff you see in movies or hear your friends talk about -- "Oh, I get drunk every Friday night, I'm such an alcoholic!" No, I'm talking about 3 and 4 week benders. Cases of vodka consumed as the only beverage. Then two weeks of wretching sickness afterward as his body fought to recover.
But when the time came that he knew he had to quit for the sake of his family, he quit. Just like that. No poker chips. No crying confessionals. No weepy "I'm an addict" bullsh*t. Just a man saying enough's enough.
That's the reason why I have little sympathy for those who say they can't beat some addiction or behavior. You can beat it if you want to. My father did. Same thing with the whining about how someone's upbringing dooms them to a certain life. You can get over it if you want to. My father did.
He was one of those people who would literally give you the shirt off his back if you needed it. I cannot recount how many times he gave stuff away to friends without a moment's hesitation. We had a friend of my mother whose car blew up on her. Dad and I hop in our car and we're off to Virginia to give this woman our car. We fly back and go buy another used car for us to drive. There wasn't any question it was the right thing to do. Someone was in need -- we gave. End of story.
In the end, mom and I in the waiting room outside the ICU. I've worked in and around hospitals and their folks long enough to know what I was listening to. Over and over they coded him. The doctor came out and told us that he had the will to live, but that his heart wouldn't keep going. In the most perfect epitath ever written, though unintentionally, my father died because his heart was too big.
And I had to give the order to pull the plug. On my best friend. It haunts me to this day.
When my sister flew in after, we sat on his bed. I layed my head in her lap and cried. I said all I ever wanted was for him to be proud of me.
I don't know now, if I were to see him today, that I could look him in the eye. I feel like such a disappointment. He set the bar so high . . .
My sole accomplishment in this life is to have brought my son into the world. With any luck, I've set his feet on the path. I see so much of my father in him. And that pleases me. If he's only half the man my father was, he'll be twice the man anyone else on this planet is.
I know dad would be proud of my son. And that pleases me too.
I love you dad. And I miss you.
Posted by postaldog at 10:30 AM

postaldog
Tampa Bay area, Florida, United States
Just a hardworking, single father, with way too many opinions on way too many things and not enough time on my hands